“The men who act without thinking, and the men who think and act, are the ones who mould the world. The man who thinks and does not act never moulds the world. He may think that he does – but that, too, is only a thought, the thought of a seedless, actionless thinker.”

On the day of 3/15/19 there was a man with a mission whom identified himself as Brenton Tarrant, 28, from Australia, saying he came to New Zealand for the attack. Who personally killed at least 50 people on a live stream, are confirmed dead at two mosques in Christchurch, New Zealand.

(A man who identified himself as Brenton Tarrant (pictured) live-streamed the massacre of dozens of people at a mosque in Christchurch, New Zealand, during Friday prayers around 1:30pm)

(That any human life was lost is sad, and is not in any way acceptable to achievable to one’s goal)

I personally do not wish this upon anyone!

“The suspect accused of carrying out Friday's terror attack in Christchurch, New Zealand, was likely on his way to carry out a third shooting before he was stopped by authorities, New Zealand's top police official said”, to a reporter.

Police Commissioner Mike Bush said Wednesday that authorities "absolutely" believe they stopped the suspect "on the way to a further attack."

"Lives were saved," he added, but declined to go into detail in order to not "traumatize others."

Four people (who were not known to counter-terror authorities) were taken into custody for questioning. Have not heard much about them? We may hear from them again? But I think we may not, at this time because it would not fit the mainstream agenda. At this moment…

There is an alternative motive. Of what you might ask? Gun control my friends. Not even a day after the New Zealand government were calling for gun control. Even in Brenton’s own manifesto. The gunman live-streamed the shooting and posted a 73-page manifesto online outlining his ideology.

To many across the web, think this was considered a false flag, or what have you? All this point, that it maybe just that? But we will see, what is to be made from all this? Did the people as the mosque pose a threat? So many thoughts and questions race threw my head, I’m sure that I’m not the only one?

This right here was one such that clam it was a hoax, curtesy of www.breakthematrix.com They also have a video. These are some of the theory’s they are trying to prove.

2.) Magazine (with ammo) laying on Mosque floor BEFORE Shooter ever entered the Mosque.

3.) Bodies on ground and fallen before shots fired.

4.) Perfect Walls - No damage or bullet holes in wall.

5.) Manikins and the open doorway.

Who knows what kind of secrets surround this event that the mainstream media will not tell you?

Picture from Metro news (The main suspect, 28-year-old Australian Brenton Tarrant, appeared in court on Saturday charged with murder. As he showed up in court Breton flashed what mainstream media dubs as a white power symbol)

Suspect Brenton Tarrant appears in court and enters no plea to murder charge. 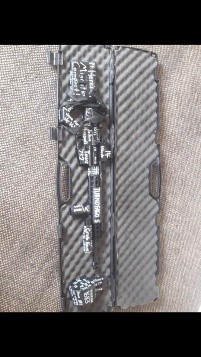 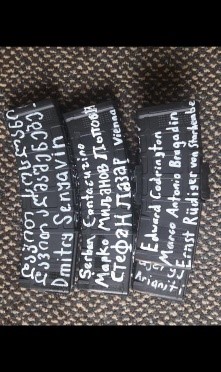 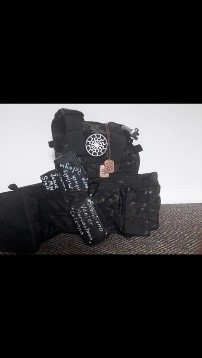 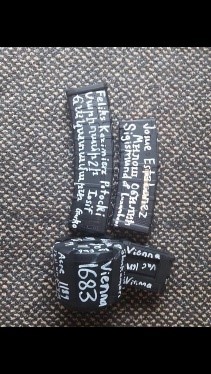 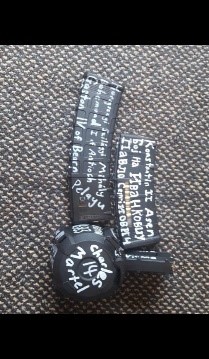 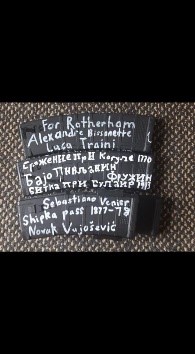 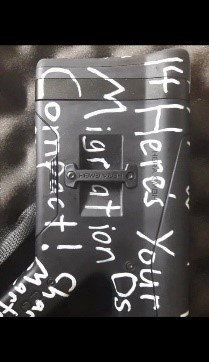 Pictures from Brenton’s Tweeter page (This was just some of what was written on his rifle.)

So, there was obviously a reason in his mind that he felt the message that he needed to get across to someone that was listening or their case watching could or should understand? As he entered the mosque with a shot gun. It quickly escalated. As he continued to gun people down, all for a reason of a sick revenge. About 30 mins after the attack happened, I was watching in disbelief. (as I have seen the “livestream”) Some thoughts were this guy has had training? Because, he was not shaking and what seemed to be “not a care”. Also, he cleared and handled his rifle malfunctions like he knew how to use the guns he had. (Not saying training is bad)

Christchurch Muslims expressed frustration on Tuesday (3/19/19) over authorities not releasing the bodies of the victims of Friday's mass shooting in time for a traditional Muslim burial.

"They know what our religious views are, you know, but they're doing nothing about it. They're just doing it through their way," said Christchurch resident Mohamad Sefi.

In Islamic tradition, burials should take place as soon as possible, with most faithful striving for within 24 hours of the passing.”

Also, Umar Kuddus said, "It's heart-warming when you go to mosques that are not in Christchurch but are around Auckland," also said. "You see a lot of flowers and people singing Maori waiatas and all that, and just showing their love and support."

Muslims are not native to New Zealand. But some Muslims expressed gratefulness for the show of love and support by New Zealanders after Friday's attack.

Funerals are expected to begin for the victims Wednesday (3/20/19.) Bush said the bodies of 21 victims have already been identified and returned to families. Most identifications would be completed by the end of the day on Wednesday, he said, although some are expected to take longer.

One World One Government One Money

Words Mirroring My Heart and Soul